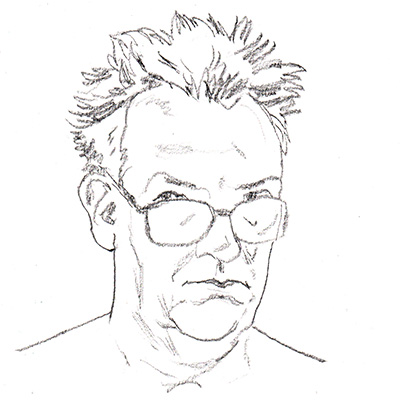 Graphic mercenary Serge Baeken studied Visual Arts and Printmaking, he was awarded the Turnhout Comic Book Award for best debut and became the official draughtsman of Turnhout. Publishes comic strips and graphic books which are applauded and have won many awards. His graphic novel ‘Sugar, life as a cat’ has been translated all over the world. He made many —often award winning— illustra-tions for Flemish and international magazines and newspapers. He enjoys a growing reputation as a model draughtsman/portraitist.